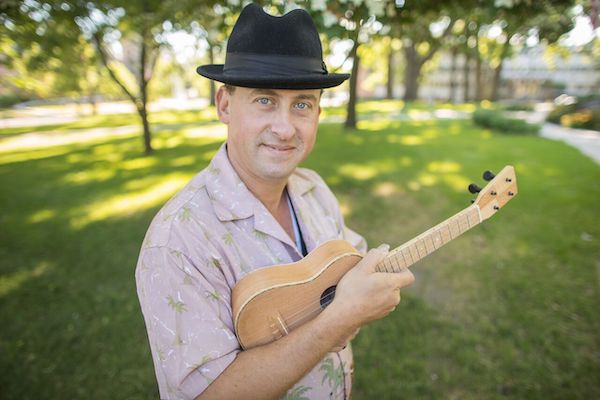 Last Wednesday we had a musical sing and play along led by ukulele folk musician Lil’ Rev. You can still join in the performance or just enjoy as a listener to the Lil Rev as he performs Americana folk songs, spirituals, Jewish songs of peace, Songs of Tolerance, Hope, Faith, Civil Rights, and Protest. Download the music & lyrics for the show here: on Dropbox.

Last Friday we had Sarah Seidman, the Puffin Foundation Gallery Curator of Social Activism at the Museum of the City of New York and the curator for the ongoing exhibition “Activist New York.” Sarah spoke about women political activists from the suffrage movement and the women of color who still couldn’t vote after the 19th amendment. It also touched on the women’s liberation movement of the 1960s and 1970s, and the queer women of color behind activist movements today.