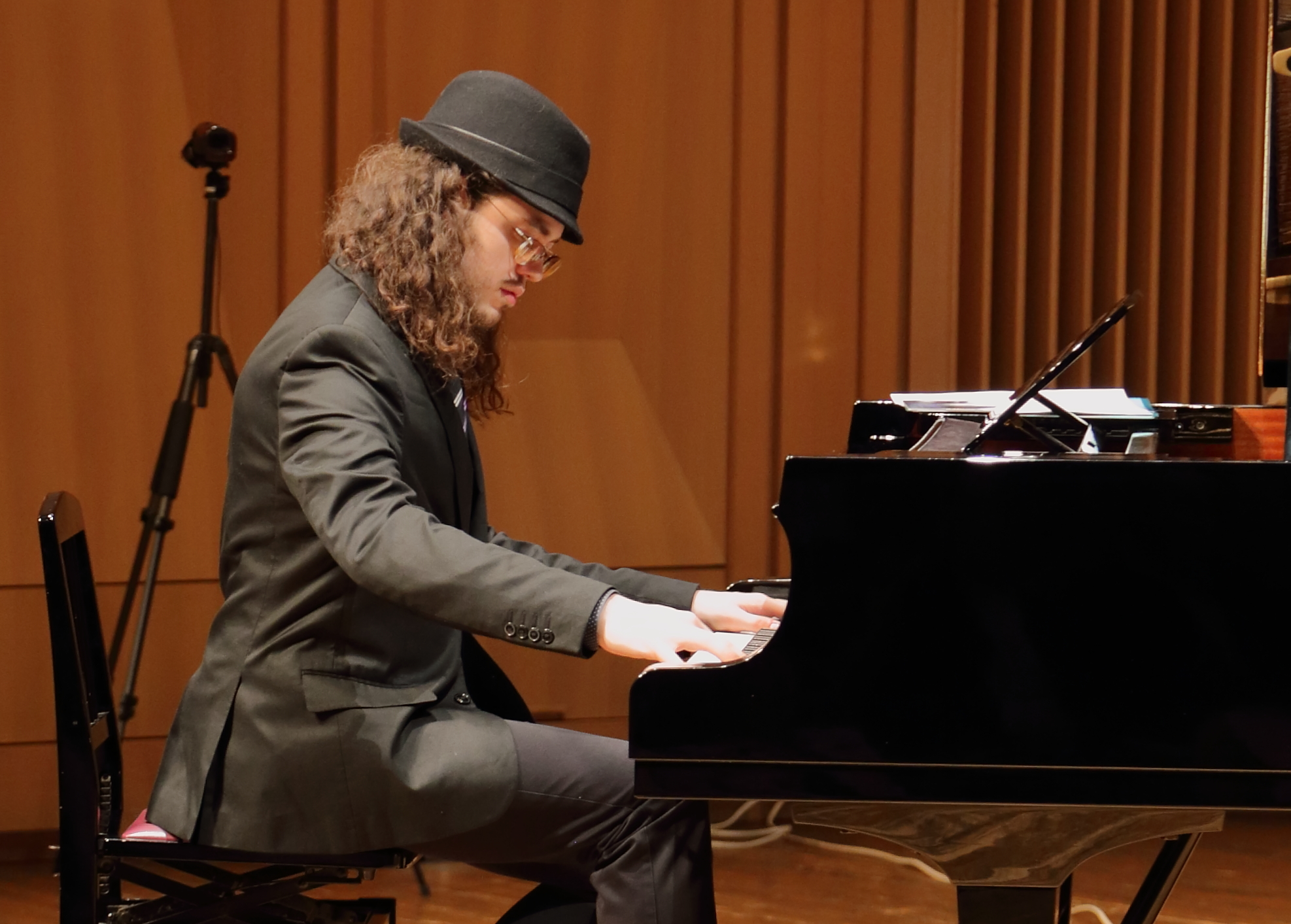 Pianist and accordionist Ben Rosenblum performs a selection of improvised jazz that draws from international influences ranging from roots, and classic jazz. The New York City-based multi-instrumentalist has been described as “mature beyond his years,” (Sea of Tranquility), an “impressive talent” (All About Jazz), who “caresses [the music] with the reverence it merits” (Downbeat Magazine). Joining him on stage are Marty Jaffe on bass, and Ben Zweig on drums.

Award-winning New York City jazz pianist and accordionist Ben Rosenblum has been described as “mature beyond his years,” (Sea of Tranquility), an “impressive talent” (All About Jazz), who “caresses [the music] with the reverence it merits” (Downbeat Magazine). Since the release of his debut trio album, Instead (4 stars, Downbeat), Rosenblum has toured extensively with his trio and sextet throughout the United States, including multiple trips to the Northeast, Midwest, South and West Coast, as well as internationally in Canada, Europe and Japan. He was a featured soloist at Carnegie Hall’s Stern-Perelman Auditorium – with Reona Ito’s New York Harmonic Band – and has appeared at prestigious venues throughout the world, including at the Appel Room at Lincoln Center, Kuumbwa Jazz Center, Ravinia, Himawari-No-Sato Concert Hall in Yokohama, Bird’s Eye in Basel and the Library of Congress. osenblum’s second trio album in 2018, River City, was called “richly romantic” and “well-realized” by JAZZIZ Magazine, which featured the title track as part of their Best of Fall 2018 CD. Most recently, Rosenblum released his third album, Kites and Strings, which is the first to feature him on both piano and accordion alongside his new sextet, the Nebula Project. In 2020, the Nebula Project was voted runner-up for Best New Artist in JazzTimes’ Readers’ Poll. Rosenblum has been privileged to share the stage with many highly acclaimed jazz musicians, including extensive work with Curtis Lundy, Winard Harper, Deborah Davis and Chris Washburne, as well as appearances with Bobby Watson, Sean Jones, TS Monk, Warren Wolf, Eliot Zigmund, and many others. Rosenblum’s musical interests also extend beyond jazz to include work in numerous world music scenes, including musical styles from Brazil, Peru, Croatia, Bulgaria, India, Ireland, Jewish traditions and more.