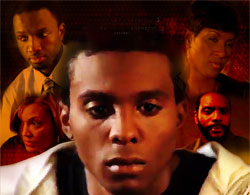 The Sixth Annual Teaneck International Film Festival will open Friday, November 11, 8:00 p.m., at Teaneck High School, with the New Jersey premiere of Life, Love, Soul, which was recently named winner of the Audience Award at the 15th Annual Urbanworld Film Festival, the largest internationally competitive festival dedicated to the exhibition of independent cinema by and about people of color.

The film was directed by Noel Calloway and stars Jamie Hector and Chad L. Coleman of HBO’s The Wire, WBLS-FM radio personality Egypt, Terri J. Vaughn of The Steve Harvey Show, Tami Roman from VH-1’s Basketball Wives, Tamara Fay of 30 Rock, Valerie Simpson of Ashford & Simpson, and newcomer Robbie Tate-Brickle in the lead role. A post-film discussion and Q & A will include the director and many of the actors.

Sponsors of the Opening Night festivities are Bergen County Chapter of the Links, Inc., National Coalition of 100 Black Women, Inc., Bergen/Passaic Chapter, and Teaneck/Englewood Vicinity Club of the NANBPWC, Inc. Members of these groups will join other TIFF folks and visiting celebrities on the Red Carpet with Sandi Klein (WINS Radio) and Jay Dow (CBS News) in the high school lobby at 7:30 p.m. when the talk will be about the TIFF theme – Activism: Making Change – and the scene – the opening movie and what is in store for the rest of the weekend.

TIFF executive director Jeremy Lentz expressed enthusiasm about the film and the sponsoring organizations. “We are thrilled to have the support of these three incredible women’s groups”, said Lentz. “They found a sensitive and touching film which will resonate with all, and they have mobilized to make this evening an amazing festival kick-off.”

Advance purchase is recommended for Opening Night, which could be a sell-out. Tickets are $10, and are available from members of the three groups at http://tiff-lifelovesoul.evenbrite.com or at the film festival’s main website, (www.teaneckfilmfestival.org). By mid-October, all tickets will be sold at three local stores: Simply the Best Clothing, Brier Rose Books, and Teaneck General Store. Weekend passes, which include Opening Night, are $30, and individual tickets for all other films are $5 in advance (with an extra charge if purchased online) and $7 at the door. Questions may be sent to . Please note: On opening night, there is a parking lot and on the street at Teaneck High School, 100 Elizabeth Avenue, and handicapped parking in the courtyard.

Those who have made a donation of at least $25 to TIFF will receive an invitation for two to the pre-festival party to be held Thursday, November 10, 7:30 p.m., at Holy Name Medical Center’s Marian Hall. The evening will include music, refreshments, and a sneak preview and discussion with the filmmakers of the documentary, Oscar’s Comeback, about iconic Black filmmaker Oscar Micheaux and the homage paid to him by an all White mid-western town.