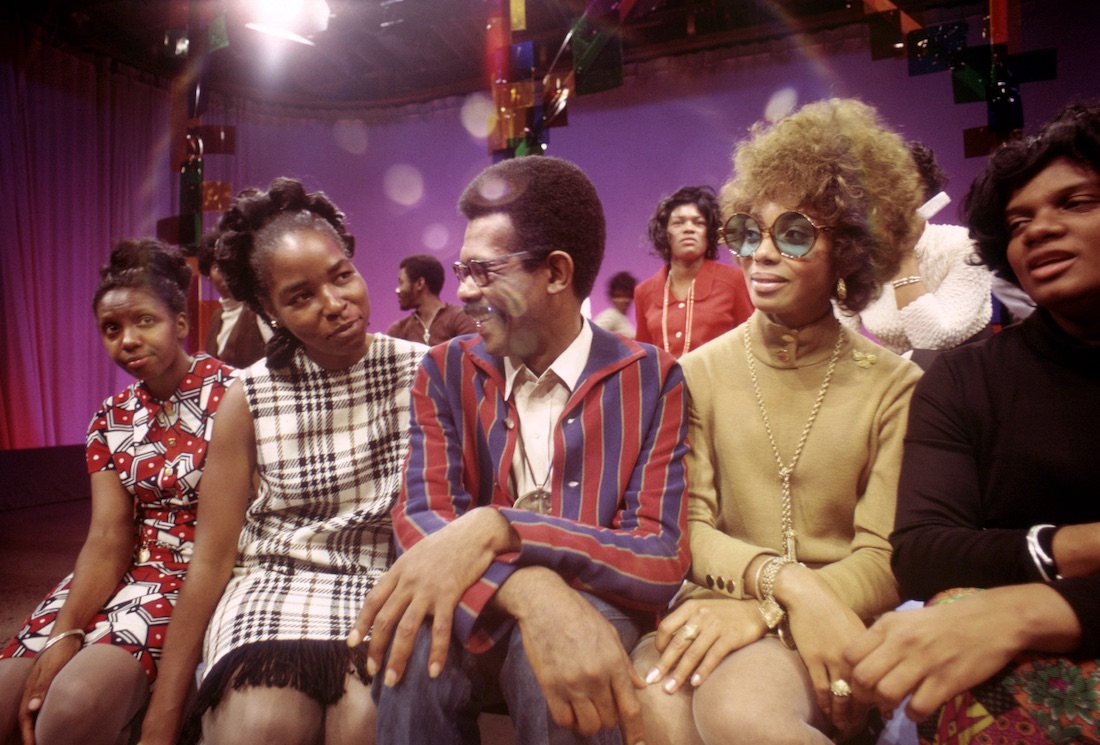 Join us for our 2021 series of films presented this winter and spring through the continued partnership between TIFF, The Puffin Foundation Ltd., PBS, and Indie Lens Pop-Up, a neighborhood series that brings people together for film screenings and community-driven conversations. Film screenings are free but registration is required.

In 1968, producer Ellis Haizlip developed a new show aimed at Black audiences, one that used the familiar variety-show format to display and celebrate the breadth of Black culture. For five years, the public television series SOUL! highlighted Black literature, music, and politics, and often paired guests in unexpected juxtapositions that gave them an opportunity to shine in unique ways. Haizlip presided over the show as an unusual, unassuming host who conducted interviews with both an intense interest and laid-back style, attracting notable, eclectic figures to the show, and providing a national platform for previously unheard voices.

The show quickly gained critical praise and public support as one of the first platforms to expand the image of African Americans on television and shift their representation from inner-city poverty and violence to the vibrancy of the Black Arts Movement. Despite pressure from producers and government administrations, the show never wavered in its celebration of all facets of Black culture, from ballet dancers to blues singers. Mr. SOUL! delves into this critical moment in television history, as well as the man who guided it, through participants’ recollections and archival footage, highlighting a turning point in representation whose impact continues to resonate to this day.

MELISSA HAIZLIP (Producer | Director | Writer) is an award-winning filmmaker based in New York. Her work responds to pressing social issues at the intersection of racial justice, social justice, activism, and representation. Her goal is to advocate and amplify the voices of women and people of color. Melissa’s feature documentary, Mr. SOUL! is nominated for the 2021 Cinema Eye Honors, for Outstanding Debut Feature. The film won the 2020 Critics Choice Documentary Award for Best First Documentary Feature. Mr. SOUL! received 27 nominations and won 19 awards, including 14 film festival awards. Melissa went to Yale University. She’s currently co-executive producing a docuseries on women in hip-hop for Netflix.

Daniel P. Calderon is a brand strategist, film producer and founder of Entrepreneurs of Tomorrow and #WORKFROMHOME – who runs a youth entrepreneurship platform and works with his clients to build brand marketing strategies. He tells compelling stories through digital media platforms and film. Daniel and his team has worked with Target, Amazon, Samsung, Khiel’s, HBO Max and more. He is currently working on his new film, written by Jeremy Feight, Fever – featuring the legendary Janet Hubert + more. He previously produced his first short film – unapologetic me: Black | Gay | Man in 2018 – which has screened in over 8 film festivals and at Samsung Experience’s 2018 NYC Pride programming. He also produced brand partnerships/strategy for and was featured In Kings America Made(2019), which has since won 2 film festival awards. He is most proud of his work at Entrepreneurs of Tomorrow, supporting entrepreneurship education within underserved digital and in-real-life communities.

Daniel received his Bachelors of Science at City University of New York, Brooklyn College in Business Management and Finance and a Minor in Accounting.