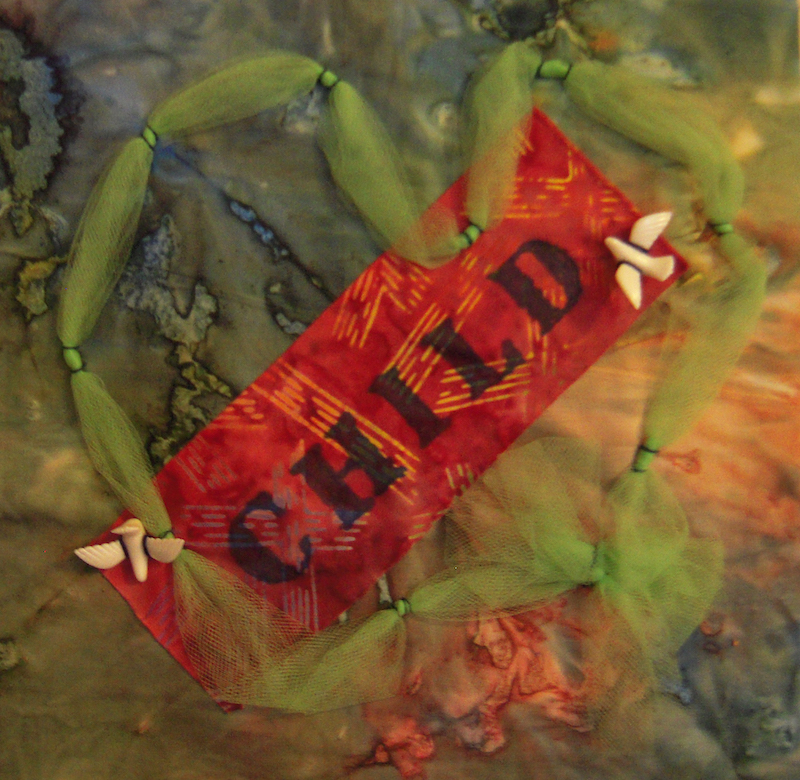 The idea for the Drones Quilt Project is to collectively create a piece of artwork, which connects the names of activists with those of people killed by drones. The names humanize the victims and point out the connectivity between human beings. Sadly, according to the Bureau of Investigative Journalism, only about 20% of the drone victims have been identified, so there are many, many victims whose names are not known. Additionally, Pashtun culture prohibits the release of an adult woman’s name, as they consider that an invasion of her privacy, so there are hundreds of women’s names which we may never know. We are remembering these unnamed victims with quilt blocks that say “Anonymous,” “Unnamed Woman,” “Unnamed Man,” or “Unnamed Child.”  We hope that the Drones Quilt Project will help us remember that we are all the same–we are not worth more, and they are not worth less. We all have value.

Below is a selection of works from this show.